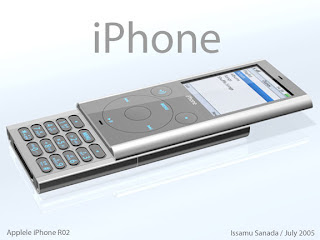 Contrary to how this might seem, I've not *actually* forgotten about this blog. The last week has consisted of a litany of work-stuff and ‘oh-so-more-important-things’, the upshot being that this poor blog has hardly had a look-in. Well, fear not, faithful reader – I’m back and will endeavour not to neglect Law Actually again. Well, not for a few days at least.


Several law related things have been catching my eye recently. The scarceness of my time, however, has limited a) my perusal of legal news and b) my enthusiasm to blog about them.

I’m sure there are a few interesting tid-bits in The Times law supplement this week, but if I’m perfectly honest, I’ve not had chance to wade through it yet. Anyway.

Cisco and Apple’s dispute over the ‘iphone’ trademark has been brought to a [reasonably] amicable conclusion. The two companies have effectively decided to SHARE the name ‘iphone’ in relation to their respective products. It’s just a pity that Google and Independent International Investment Research, the company who had been using the name ‘Gmail’ two years before Google launched it’s free webmail service, could not have done a similar thing. Yes, suffice to say, the term ‘Google Mail’ still kills me.

An Italian School is now facing a ‘bloody’ lawsuit after a teacher cut off the tongue of a talkative 7 year-old pupil. Reports claim that the substitute teacher had threatened twice to perform a little ‘oral surgery’ before finally making good on her threat. Curiously, the unnamed teacher claims the incident was ‘an accident’. Hmmm.
- February 28, 2007 No comments:

Law Actually – was this a good idea or not?!?

I’ve bravely decided to start a new blog, the principal reason being that my original was becoming just too much of a dumping-ground for the multitude of issues (besides F1) that I started to cover. Naturally (and necessarily) I’ll still diverge and digress at most given opportunities (on both blogs) but at least this way, there will be a fundamental divide between F1 and Law(ish) related-thingies. As for the vast quantity of stuff in between those two topics, well, God knows on which blog it will end up!?!
- February 19, 2007 No comments: