The Windows Store is unspeakably bad 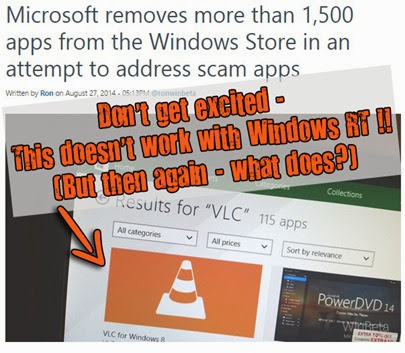 All and sundry in the tech world have reported that Microsoft is finally doing the honourable thing and having a clean out of their much maligned Windows Store.

Paul Thurrott picks up the story in his inimitable style as part of this week’s WinInfo Short Takes:

Microsoft[…] [has a] policy of "store stuffing," in which for four years now it has approved virtually any app a developer—professional or otherwise—has thrown at the Windows Phone Store or Windows Store, resulting in mountains of crap. […] Microsoft is promoting these stores as safe, safer than downloading desktop applications from unknown sources on the web. But when the supposedly curated Microsoft stores include bogus and even scam apps of all kinds, why would anyone trust these stores, or trust Microsoft when it says it's going to fix things now? Microsoft. This started happening FOUR YEARS AGO. Shame on you.

That’s a good point well made and all that, but it’s kind of assuming that there are at least some decent apps in the Windows Store to begin with. And I’m not sure there are.

I appreciate I might be biased here. I’ve realised for a while now that I’m an old school PC user who will be forever tied to the Windows desktop and I’m proud to eschew modern style (read: Fisher Price) apps that treat you like a five year old in favour of the more conventional, full-featured applications.

I’ve used a Surface 2 for eight months or so now. It’s ‘all-right-to-quite-good’ (yes, that is an adjective) for watching stuff while commuting, comes with a full version of Microsoft Office and, if you pay extra, a physical keyboard which doubles up as a protective cover – perfect for getting that occasional bit of work done when travelling home. (Actually, the cover bit is absolute crap; unless you’re happy to let that thing get battered to death, you’re going to need a dedicated cover or sleeve.)

Actually, while I’m in the mood for engaging in full and frank disclosure, I might as well admit that whenever I have my laptop with me on the train, I’ll always crack that out to get work done, rather than trying to cope with the rather cramped Surface 2 Typecover keyboard.

One thing that has always shocked me with the Surface (and Windows 8 generally) is just how spectacularly full of crap the Windows Store is. Like all Surface users, I inevitably tinkered with the Fresh Paint app on a couple of occasions in the early days, thought ‘well, that’s something I suppose, but I’m not much of an artist’ and then never opened it up again.

I’ve gone back and looked at the Windows Store quite frequently over the last few months, but I’ve never found any remotely tempting apps (free or otherwise) lurking in there. Ultimately, I guess I’d much rather use services through a web browser than downloading a one-trick-pony app.

Even worse, when you need to find something specific in the Windows Store, say a half decent media player which doesn’t screw you over with excessive ads, needless functionality or require a permanent internet connection, you’re out of luck.

(I had to go through this painful experience recently when Microsoft updated their ‘Metro’ Video app such that it will only now play content if you’re connected to the internet. That’s a bit of a pisser when you’re stuck on the train and rely on your Surface to watch videos. After trying a bizarre mixture of media player apps from the Windows Store, which ranged between ridiculous and unusable, I’m using the built-in ‘Photos’ app to play movies now.)

Here’s the clincher. When I got my Surface, it came with a £25 voucher from Microsoft which I could spend on paid apps of my choice in the Windows Store. After eight months of nosing around in there and finding nothing, I finally got sick of seeing that damn voucher kicking about, so I tossed it out with the recycling – unopened and unredeemed.

I think that tells you all you need to know. 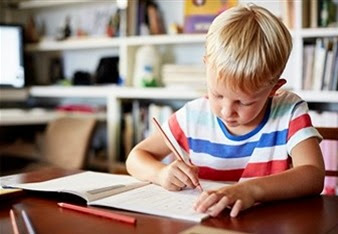 The number of training contracts available has risen, yet the calibre of candidates is unremarkable [.]

The number of LPC registrations has dropped for a second year running, while the number of training contracts on offer has risen. You may think that candidates can now afford to be more optimistic. However, speaking with law firm recruiters, it seems that many candidates still have a way to go before catching the golden training contract snitch.

I don’t know why I’m so uncomfortable with the word “snitch” but I am. It’s always made me slightly nauseous and involuntarily pull a ‘I’m-eating-raw-lemon’ face. Strange.

One aspect still of great concern to a number of firms during the recruitment process is poor written expression. A recruiter in one City law firm said: “It makes me so sad to read these applications. Their academics are very good, but they use text speak and can’t structure sentences properly.”

That doesn’t surprise me. By no means do I hold myself out as a paragon when it comes to the correct use of English, but even I’m shocked at the sentence structure that some of my younger colleagues trot out. I’ve seen large block paragraphs of text punctuated only by a string of commas presented proudly as ‘finished work’.  Besides being awkward and embarrassing for the reader, it makes the author look downright incompetent.

I remember from my schooldays being taught about good sentence structure and having lessons focused on using different types of punctuation correctly, but I know a lot of others my age who claim their English lessons never strayed into those topics (perhaps they were off sick those days!).

I think the general standard of English usage in the UK is clear proof that proper sentence structure needs to be actively taught in schools, rather than assuming that pupils will pick it up naturally at some point.

For me, it’s clear the time has arrived to go back to first principles and teach the mechanics of basic English to kids and to only focus on exploring those less-used nuances (iambic pentameter anyone?) once those basics have been mastered.

As Paul Rylance notes in his excellent book, Writing and Drafting in Legal Practice, “good writing is clear thinking on paper”.  If the lawyers of tomorrow aren’t properly equipped to practise that, I dread to think of the standard of written legal advice that’ll be churned out in the years to come.

Oh, and for what it’s worth, a one day elective module on the professional skills course focused on ‘effective written communication’ or whatever won’t cure 15 years’ worth of bad habits, I’m afraid. This stuff should start at the earliest stages of primary school and it needs to get itself firmly back on the curriculum ASAP.

You can’t get anything done with lawyers around

Bernie Ecclestone provided a wonderful one liner when he spoke about settling his bribery trial in Germany earlier this week:

When you're trying to run businesses it's not easy trying to resolve things when you're dealing with lawyers.

Still, we’re not known as the ‘business prevention department’ for nothing. 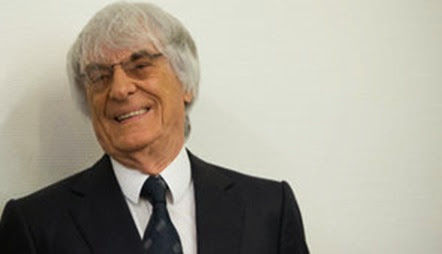