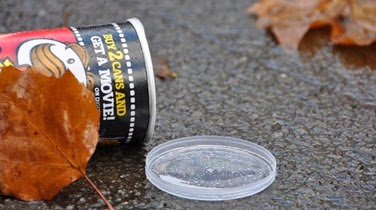 A man has been ordered to pay almost £500 in fines and costs for dropping a snack lid on the ground in Bristol.

Gareth Daniel, 31, of Humberstan Walk, was seen by a PCSO dropping a Pringles lid in Lawrence Weston, in April.

Bristol magistrates heard he failed to pay a £75 fixed penalty notice, so a final warning was sent. He was taken to court and the fine was raised to £200.

Mr Daniel must also pay costs totalling £298.75. The council said it "would not tolerate littering on any scale".

Well said that man. Littering is a slippery slope towards certain ruin and it represents so much of what’s wrong with modern society.

Incidentally, don’t you think I’ve done well to avoid any references to ‘popping and stopping’? I suspect Pringles have got a more twenty first century slogan now – probably with a wretched smartphone app to boot.

And talking of litter, whatever happened to the humble litter pick? As a primary school kid in 1990s, I remember them being all the rage – a term rarely went by when we weren’t picking up empty crisp packets from the surrounding hedgerows or the nearby beach.

I’m not sure quite what we learnt by wandering around with bin liners, but to this day, I know that if I ever see a spent hypodermic needle on the ground, I must leave it alone and tell a teacher.

Not an entirely wasted exercise then.

And I’m sure clearing up the mess of others did wonders for our moral fibre. It was good preparation for life as a lawyer too. 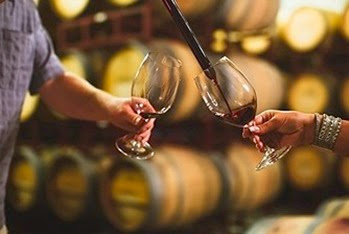 Wine fraud has been a problem for about as long as wine has been produced and enjoyed. Even Pliny the Elder, the Ancient Roman philosopher, complained about it – there was so much fraudulent wine that even the nobles couldn’t be sure what they were drinking. And the problem has only got worse as time has gone by. But what exactly is wine fraud, and can it be combatted?

What Is Wine Fraud?

There are a few different varieties of wine fraud, but they all involve the same outcome: the customer ends up paying well over the odds for a wine of a much poorer quality than they’d expected.

Sometimes, the wine is adulterated – cheap products like fruit juices, chemicals and sweeteners can be added to the wine to help improve the substandard colour or flavour. Some instances of wine fraud are even simpler than that: the label of a cheap wine will be steamed off, and replaced with the label of a much more expensive variety.

There have even been a few cases in which an entire auction consignment of rare fine wines has turned out to be entirely fraudulent, costing people a massive amount of money for a few bottles of a wine that’s barely worth drinking. Wine Spectator magazine estimates that more than 5% of auctioned wine is counterfeit.

Just this year, there have been two massive wine fraud cases. In September, a probe into an elaborate fraud operation uncovered well over 200,000 bottles’ worth of fake Brunello di Montalcino. A wine connoisseur had obtained fake labels of the Tuscan wine and managed to falsify certification in the area’s wine database, and was selling low-quality wine to local producers, passing it off as the coveted Brunello.

Luca Albertario, the chief of Siena police, stated that it was “the biggest fraud ever carried out in the food sector.” 220,000 bottles of poor wine was confiscated before it could go on the market; it wine would have sold for around £4m. The US – the world’s biggest importer of Brunello – stopped all imports of the wine until they were satisfied that good quality controls were in place.

In August, Rudy Kurniawan – one of the world’s top oenologists – was jailed for ten years and ordered to pay almost $30m in restitution. Kurniawan had sold more than $20m of fake wine over a decade or so, most of which was to just seven clients.

His deception was discovered in 2012, when a consignment of his (worth $3m) was rejected by the wine inspector at Hart Davis Hart auction house. Allan Frischman noticed some inaccuracies on the labels, and Kurniawan’s lies came to light. He had been blending cheap recent wines with substandard vintages, and passing them off as more prestigious varieties. For more on this, an authoritative independent wine merchant, Yapp Brothers provided more details of this within their ‘what is a fair sentence for wine fraud?’ post.

What Can Be Done to Combat Wine Fraud?

There are a number of ways to tell whether a wine is the genuine article or not, without having to open the bottle. Most of these methods involve looking for inconsistencies – the wrong kind of glass, a foil capsule instead of a wax one, labels using an incorrect font – but there are other ways being developed.

For wines currently being produced, some producers have started engraving serial numbers on the glass, or tightening the reins on their distribution processes. For older varieties, stable isotope analysis is being employed. 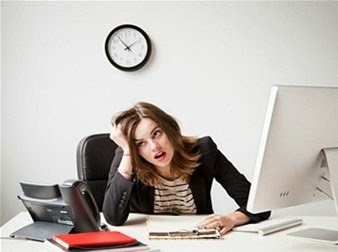 A report by the Law Institute of Victoria (LIV) has revealed the key causes of stress and mental illness prevalent amongst lawyers are their working conditions, in particular, intolerable billing targets or working 80-hour-weeks.

Oh, you do surprise me.

The work, work, work culture that seems to have crept in to so many areas of legal practice today is stupidly short-sighted and symptomatic of so much that’s wrong with modern life and society as a whole. Work is important, clients’ needs are important, but none of it is worth making yourself ill over. But, when you’re trapped working in a firm which doesn’t take that view, life isn’t that simple.

I consider myself incredibly lucky that I’m in a firm which recognises there’s more to life that work. But by taking a more reasonable and a pragmatic approach, I think the firm gets more out of us. Let’s face it: fee earners working 80 hour weeks aren’t exactly going to be on sparkling form.  Believe it or not, lawyers are human – not billing machines.

The head of the LIV, Geoff Bowyer, said that many cases go untreated because lawyers fear stress or trauma will be interpreted as a sign of weakness which would impact on their career progression. He told Lawyers Weekly, “we need to ensure that by proper education and awareness it’s OK to put a call out there for help as opposed to just trying to soldier on”.

The findings coincide with an earlier report by the University of Sydney’s Brain and Mind Research Institute in 2009 which revealed that more than 50% of lawyers have depression during their working-life. 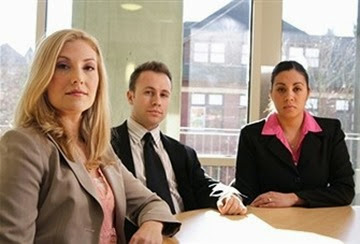 Over the last few years, I’ve noticed some really super passive aggressive tricks commonly used by lawyers in communications with ‘the other side’. Used in the right way, these tricks can send the blood pressure of your fellow professionals sky high. Better still, the recipient might be sufficiently provoked to come back with a return serve of barely-disguised nastiness. Those kind of ‘back-and-forths’ can be looked back on fondly in the autumn of your career, or, if you’ve got a real corker, printed, framed and proudly displayed on your office wall.

Here are some of my favourites:

Snarky and patronising comment balloons. Yeah, I know we’re all guilty of those from time to time. Prefacing comments with the words “of course”, “obviously” or “clearly” are particularly prone to enrage. However, just because I complain about it, doesn’t mean to say I’m not also guilty. Ahem.

Eschewing email attachments and insist on sending a hard-copy travelling draft.  Heck, why let technology help you out when you can struggle along the old fashioned way?

Being overly formal in an email. “I refer to our previous correspondence in this matter and look forward to hearing from you thereon.” Lovely. I guess they missed the lesson on using plain English wherever possible in modern legal practice.

Deliberately downsampling documents so they’re borderline illegible (and insist on being unable to obtain clearer copies). I’ve also had a solicitor tell me his client can only send a photograph of the document. I countered this by sending him photo negatives of our client’s document. (Just kidding.)