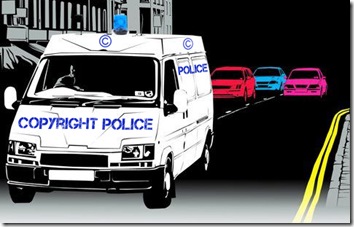 Just hours after saying she has no plans for a new album, Lily Allen has closed down her blog on music piracy, saying the "abuse" received had become too much to bear.

The singer posted messages on Twitter saying she was not going to attend an emergency meeting of music artists this evening to hammer out a unified position on illegal filesharing.

The star says: "Hello, there is a meeting today in London where artists are meeting to discuss Piracy. My job done.

"I wont [sic] be attending the meeting because it's going to be a press frenzy and I don't want to detract from the issues. I'm proud of the fact that I've been involved with this debate but I'm passing the baton on to other artists.

"And I've shut down the blog, the abuse was getting too much."

Allen had set up a blog "It's Not Alright" (in reference to her first album Alright, Still) collating the views of artists after her comments that "filesharing is a disaster" for new talent.

I’m fascinated to see what kind of deal can be thrashed out in the coming weeks. Inevitably, some form of compromise must be reached – to give consumers a fair deal, to preserve the sustainability of an important sector of the economy and protect and encourage the quality of creative energy out there.

Ultimately, though, record labels need to give more than take on this one, quite frankly, and for the creative industry to have half a chance at organically reducing copyright infringement and stop alienating music lovers the world over, the idea and extent of royalties is in dire need of being reconceptualised. The premise of gluttonous middlemen milking their cash cows for all they’re worth at the consumer’s expense is anachronistic and should be treated as such.

Sadly, I’m not at all confident much is going to change, not least by the close of play at tonight’s meeting. And what change does occur, I can’t imagine will involve much in the way of capitulation and compromise on the part of record labels; I’m having terrifying visions that Mandelson’s fatally-flawed 3-strike policy might actually come to pass.

Finally, as an aside, well done to Lily for snubbing wordpress, squarespace, typepad and all the other ‘pro’ solutions by going with blogger to host her now defunct blog!