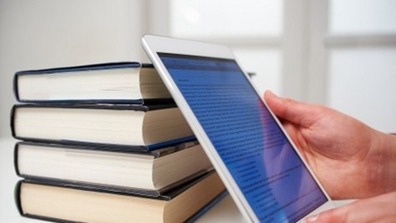 The Internet and Online Lawyers
The dawn of the internet has revolutionised the way that people are able to access the law. Now, instead of having to seek out the places that have physical copies of the law as well as having to organise how to get there, most people are just a click or two away from things like the Human Rights Act. There are also sites that help people to create their own legal documents too, making the process simpler and easier to understand.

Not only can they now find the law itself within easy reach, but access to lawyers and solicitors has vastly improved too. This means that the cost of legal services is also reduced. The improved access means that the competition in the market is increased, as people are no longer restricted to their local area. Technology such as video messaging means that it is no longer necessary for people and their legal aid to meet face to face. Online Conveyancing from In Deed, for example, offer an exclusive price promise that means that if the transaction doesn’t complete, you don’t have to pay. Deals like this exist because of good market competition.

Improving Awareness
There are also a variety of schemes that aim to help people develop their awareness and understanding of the law. This opens up the law to those who haven’t necessarily had access to it before, such as people with disabilities, young people and those who are disadvantaged. Charities such as Law for Life, Lawyers in Schools and LawWorks all aim to equip the general public with the confidence to deal with the law and law related issues, as well as offering free legal help. Charities that deal with young people and children are particularly good as they can help to change prejudices and help empower those who think that they have no rights.

Accessible Law
In an ideal world, the law would be rewritten to make it more understandable and clearer for those who don’t have legal training. However, as it took more than ten years to have the tax code rewritten, it may take far more time and resources than anyone has. For now, making the law accessible to the public through internet lawyers and charities is the best way forward.