I was reading earlier this week about the concerns raised by French students currently studying (or trying to) at university with minimal in-person interaction.

I'm sure students all over the world are saying much the same thing at the moment. And I get that facing these tribulations when you're younger can prove even more challenging and scary. But let's face it, huge swathes of employees are currently struggling with being holed-up in their spare bedrooms, hunched over a laptop trying to get work done. That's for those who are lucky enough to still have jobs. Students aren't the only ones who have got a raw deal here. 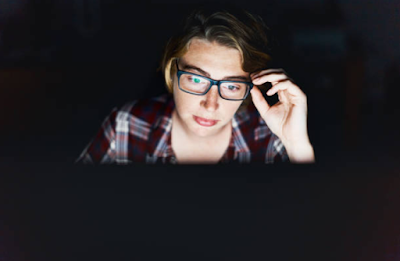 I'm not convinced what the answer is: resuming face-to-face teaching isn't a viable or safe option at the moment and there should be no calls for that to happen.

I remember being holed-up in my room in halls of residence for long periods of time trying to do work - and that was in the early to mid noughties. Admittedly, I (reluctantly most of the time) had lectures and seminars to attend so I had the opportunity of seeing other people. We didn't even have in-room internet access in my first two years, so whenever you wanted or needed to get online, it meant a trudge down to one of the 'computer rooms'. We weren't all permanently attached to smartphones, either, thank God!

[Heïdi Soupault, a political science student from Strasbourg,] sent a letter to President Emmanuel Macron last week. "I'm 19 years old and I feel like I'm dead," it began. "I no longer have dreams. If we have no hope or prospects for the future at 19, what do we have left?"

Well, you've got your youth. That's something.

"We don't have perspective anymore," Ms Soupault told the BBC. "There's nothing to look forward to. When you're in your early twenties, you live intensely and social interactions are at the centre of your life."

"At first it was supposed to be temporary, but being on the computer all day long is tiring to the point where you can't focus on anything," she added. "Everything just feels sad at the moment."

That's working life, love. Get used to it.