Nostalgic moment of the week 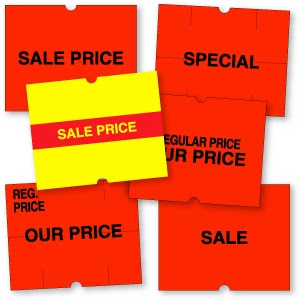 Today the Michael was reminded of the joys of studying criminal law (both at A-level and during my degree) via an incident on the shop floor. One charming and delightful child (well, I’m sure the said child’s parents considered him charming and delightful, at least during one point in his short life) had tried the age-old trick of switching price labels of goods. His objective, of course, was to avoid paying the full price. The item was a toy and inexpensive but that’s hardly the point. Critically, of course, such an act constitutes theft under Theft Act 1968 based on the case of R v Morris [1983] 3 All ER 288.

It was actually my colleague who served the kid and she twigged immediately. We now have barcode scanners so the price label is purely for the customer’s benefit but even in the days before we went ‘high-tech’, the staff were too savvy to be caught with their trousers down and be taken in by a switched-label-scenario. Sadly this speaks to the rather one-dimensional nature of the staff’s lives, that they have committed to memory the price of more or less every item we sell, but that’s beside the point. Anyway, while the child ended up paying the full, correct price for the item, and went off disgruntled and dissatisfied that his attempted scam went belly-up, I was somewhat relieved that some criminal law had at least been retained in my brain. Considering the fact we had not covered theft on my degree – the lecturer ran out of time before we had covered even half of the allotted syllabus – and therefore my knowledge was coming back from A levels in 2002, my satisfaction levels were doubly high. I knew the name of the case, of course, well, the fact it began with M but the full citation eluded me. Therefore I played the old ace, the one all law students are forced to use on occasions re. that elusive authority that they just can’t freaking-well remember and referred to the principle being established in ‘a decided case’.
- June 24, 2007