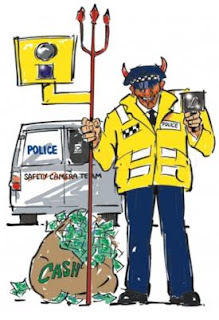 Two drivers, both having failed to successfully appeal against their convictions on a national level, have brought their cases to the ECHR.

"[E]ach applicant was subsequently informed that the police intended to prosecute the driver of the vehicle. He was asked for the full name and address of the driver of the vehicle on the relevant occasion or to supply other information that was in his power to give and which would lead to the driver’s identification. Each applicant was further informed that failing to provide information was a criminal offence under section 172 of the Road Traffic Act 1988.

O’Halloran answered his letter confirming that he was the driver at the relevant time. Mr Francis, however, wrote to the police invoking his right to silence and privilege against self-incrimination.

Francis was fined GBP 750 for failing to comply with s172(3) Road Traffic Act 1988. He maintains that the fine was substantially heavier than that which would have been imposed had he pleaded guilty to the speeding offence.

O’Halloran complains that he was convicted solely or mainly on account of the statement he was compelled to provide under threat of a penalty similar to the offence itself. Mr Francis complains that being compelled to provide evidence of the offence he was suspected of committing infringed his right not to incriminate himself. Both applicants rely on Article 6 ss1 (right to a fair trial) and 2 (presumption of innocence)."

Interesting. Still, I don't hold out much hope for them as to allow their arguments to succeed would set a dangerous precedent, not to mention the good ol' 'floodgates' effect.