Employers need to be doing more to prevent industrial diseases 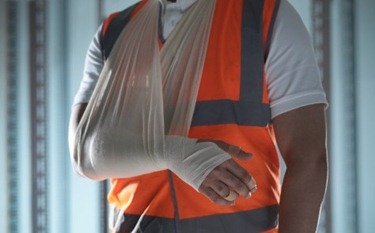 Roberts Jackson solicitors handle claims on behalf of employees suffering from occupational diseases on a daily basis. Based on the cases our legal team frequently have to handle, we firmly believe that many employers could be doing more to protect the health and safety of their staff members.

Statistics from the Health and Safety Executive, a national watchdog for work-related health, safety and illness confirm our concerns.

Annual figures from HSE show that 452,000 new work-related illness and occupational disease cases were started in 2011/2012. While these statistics are lower than previous years, it suggests that there are still a staggeringly high number of people being diagnosed with occupational illnesses and diseases.

New cases from past exposure

Work-related illnesses and diseases such as asthma, asbestosis and mesothelioma can take years to develop. So, a number of the new cases recorded in 2011/2012 are likely to have been down to previous exposure to hazardous substances at work.

For example, deaths from asbestosis and mesothelioma have risen greatly since 1974. As the diseases can take between 30 and 40 years to develop, the increasing number of new diagnoses may have been caused by people working in unsafe environments in the 70s.

While a number of occupational disease cases recorded in 2011/2012 are likely to have been caused by hazardous workplace conditions from years gone by, there is still evidence to suggest that current workplaces are causing people to suffer from diseases, injuries and illnesses.

According to data recorded by RIDDOR outlining the dangerous occurrences reported to all enforcing authorities, the number of workplace hazards has been similar between 2007 and 2012.

While the total amount of reported dangerous incidents has fallen from 9532 to 6875 across this period, there has been an increase in the following:

The growing presence of these hazards in the workplace could be having a serious impact on employees at present, particularly with regards to their breathing. For example, contact with air-borne substances without wearing correct breathing equipment can lead to the onset of occupational asthma symptoms or another respiratory disease.

Also, as exposure to dangerous substances and incidents in the workplace remains prevalent, we could start to see further new cases of work-related asthma and breathing conditions in the future as people start to develop symptoms as a result of their current contact with hazards.

The number of dangerous occurrences and new work-related injury and illness cases that have recently been recorded implies that a number of employers could be doing more to protect the health and safety of their employees.

By carefully following the regulations put in place to prevent or reduce hazards in the workplace, employers can gain greater control over possible hazards. If more chose to properly adhere to their legal obligation to protect employees at work, this could in turn help to reduce the number of dangerous incidents and occupational diseases currently being recorded.