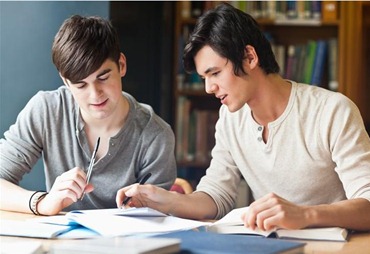 Nearly half of law students are not confident about getting a training contract after university, a survey has found.

Forty-seven per cent said they were considering other careers as a backup despite almost half claiming they began planning for a legal career before university, according to the survey carried out by careers website Target Jobs.

Actually, that seems quite high given the number of training contracts available out there.

It shows that a good proportion of law students are reasonably optimistic they’ll secure a career as a solicitor despite all the doom and gloom around the current state of legal job market.  Maybe it also reflects the fact there are other ways to qualify as a solicitor for those so inclined to try.  Perhaps students are waking up to this a little more now.

For several years, there have been calls for the size of intakes into law schools to be more closely aligned with the number of vacancies for legal jobs out there. Some kind of recalibration is long overdue.  That’s something that those concerned with legal recruitment & law jobs in London know only too well.

While there’s a lot truth saying that a law degree is a useful qualification in its own right, the simple fact remains the majority of law students study law with the intention of eventually practising.

Like many legal bloggers, I get quite a few emails from students and people just setting out on legal careers asking for advice. It’s pretty clear that the legal recruitment process looks like a convoluted maze to many, riddled with nepotism, bias towards Oxbridge candidates and which is impenetrable by anyone with a ‘Desmond’ or below.

Competition for all legal jobs (and particularly training contracts) has never been higher, but the opportunities are still definitely there. As always, making yourself stand out from the crowd as a candidate is key. Despite recruitment processes becoming more corporate (even sterile), the importance of individual personalities playing a key role in determining who is hired for a particular position should not be overlooked.

Having unusual interests, skills and quirks to your personality can still make the crucial difference – particularly at the interview stage. Many students are tempted to interpret that advice as meaning they need to become attention-grabbers in a bid to get their name out there.

But restraint and sound judgement are called for. Celebrating your more unusual interests or high-octane lifestyle might be one thing, but showing yourself up is quite another. Ill-judged use of social media platforms is an all too frequent way of getting yourself noticed by recruiting law firms in the wrong way. Think about it: the fact you can rival Miley Cyrus when it comes to ‘twerking’ really isn’t a transferrable skill legal recruiters would be interested in.

But it might be just the thing to get you struck off as a candidate for a legal job.