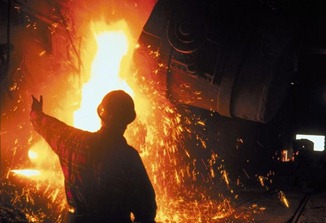 For many years, successive governments have been claiming that employers are in the grip of health and safety rules and regulations amidst rising compensation claims. Additional fears have been of a rising health and safety culture, and an increasing litigation culture.

Indeed, last year David Cameron was prompted to highlight the fact that “it is simply much too easy for no-win-no-fee lawyers to encourage trivial claims against businesses, which end up settling out of court because it is too expensive to fight the case,” alongside a statement that Britain’s compensation culture was “spiralling out of control.”

A recent Trades Union Congress (TUC) commissioned report paints a different picture, however. According to the report, the number of people actually receiving compensation for workplace injuries or related actually fell from 219,183 in 2000/01 to 87,655 in 2011/12.

Furthermore, the report, published in health and safety journal Hazard, highlights a more serious matter. The figures show that there in excess of 4,000 deaths per year as a result of work-related chronic bronchitis, emphysema and similar diseases. Only 59 such cases received any form of compensation last year. Last year saw 221,000 cases of work related stress, anxiety, depression and similar, with only 293 being compensated. Other figures show that the chance of getting a payout for an occupational cancer is lower than one in 50.

Overall, less employment related compensation claims are being brought, and less compensation is being paid. The number of such successful claimants has fallen by 60% over the last decade- with nine out of ten injured workers never getting compensation- hardly a rising litigation culture.

For every statement and point of view, there is an alternative viewpoint. Following the publication of the report, the TUC and other commentators find the idea that the government is highlighting a growing compensation culture actually somewhat absurd.

According to the report’s author, Professor Rory O’Neill, occupational health professor at Stirling University and the editor of Hazard, “the Government’s cynical promotion of a compensation culture myth means many workers who are dying in pain are also dying in poverty.”

In support, the TUC has long fought against the notion that there is a spiralling compensation culture in the UK. As far back as 2005, the TUC was critical of the idea that employers’ liability insurance was just another burden on businesses. In the wake of this 2013 report, the TUC is still fighting against this concept; “the true government motive here is to weaken health and safety laws and make it harder to for victims to pursue claims. Unfortunately the end result is likely to be a much higher rate of workplace accidents.”

The above comment from Frances O’Grady, TUC General Secretary, refers to the fact that the coalition cut both the scope and budget of the Criminal Injuries Compensation Scheme, and eliminated strict liability claims (where there has been a breach of health and safety legislation, but employer negligence is not proven). The TUC stresses that the overly cautious health and safety culture that the government claims has arisen does not exist; an example cited is that, contrary to popular opinion, few businesses are confronting a rising tide of constant risk assessments. According to TUC figures, in 2012 there were two million UK employees with workplace related injuries- most of which were preventable by taking common sense precautions.

By emphasising the rising compensation culture, the regulations subsequently imposed, and the onerous legal process now involved, makes it harder for genuine claimants to successfully pursue a claim against a genuinely negligent employer. As Jim Sheridan MP plainly summarised, coalition policies are “simply undermining the important issue of health and safety at work,” and the government’s “approach to health and safety encourages [negligent] employers.” Supporting such a withering criticism of government policy is the simple fact that recent changes to legal aid now make it harder to bring a compensation claim in some cases.

In defence of its stance on this matter, a government statement referred to the fact that “the burden of health and safety red tape had become too great,” and that efforts have been made and will be made to ensure that health and safety at work remains a priority, but without excessive paperwork and unnecessary over-caution. Doubtless thinking ahead to 2015’s election, the prospect of an EU referendum, proposals include repatriating some employment and health and safety measures from the EU over time, to make such matters easier more straightforward for businesses.

Whether there is a compensation culture in the UK or not, the recent TUC report does highlight one significant matter. There are many thousands of UK employees who have been injured at work, and who are quite simply not receiving the compensation that is deserved. Whether this is due to government policies, legal technicalities, unscrupulous employers, or other factors is, for those injured, somewhat irrelevant. Essentially, a great many injured employees are unable to get compensation or justice for their workplace injuries; that is the most serious matter here, and needs to be addressed.