Grounds for Divorce - A Simple guide 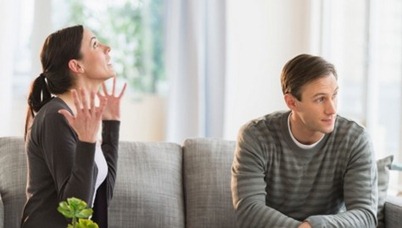 Few people marry without the hope or expectation that the union will last forever, but for many couples, there comes a time when continuing in an unhappy marriage is no longer and option and thoughts turn to divorce.

To obtain a divorce under English law, certain requirements must be met. The first is that the marriage must have broken down to the extent that there is no possible chance of a reconciliation. The other requirements depend on which one of the five specific grounds allowed for divorce is being sought.

Many people approach their divorce lawyer with the mistaken belief that it is possible to get a divorce by citing irreconcilable differences, but this cannot be used under UK law. The closest UK equivalent is unreasonable behaviour. To use this as grounds of divorce you need to show that the other party has behaved in a way that is so unreasonable that you can no longer live with him or her.

While you may be concerned about whether you will be able to provide sufficient evidence of this for a divorce lawyer to be able to proceed, the reality is that the courts are not usually overly zealous. Cases may involve a refusal to share financial responsibility, physical threats, verbal insults, regular drunkenness or drug taking.

Unreasonable Behaviour
Unreasonable behaviour is by far the most commonly used of the five main grounds for divorce in the UK, because along with adultery, it allows a divorce to take place almost instantly. If parties decide to use other routes to divorce it can take at least two and up to a maximum of five years for the petition to be granted.

For example, if your husband or wife refuses to allow a divorce, you can still have one granted if you have lived apart for more than five years. If the other party agrees to the divorce in writing, you can apply for a decree absolute after just two years of living apart.

Desertion
Desertion can also be used as grounds for divorce if your husband or wife has left against your wishes and you have been apart for more than two years during the past two and a half years.

Adultery
Adultery can be used as grounds for an instant divorce if your husband or wife has sex with someone else and, as a result of the betrayal, you no longer feel able to live with them. It is important to note that if you continued to live together for more than six months after the affair, you can no longer use adultery as grounds.

It is also worth noting that, despite being in the pre-dawn of the era of same-sex marriage, the law of adultery remains firmly rooted in the past. At present a person can only commit adultery with someone of the opposite sex.

If you partner is unfaithful to you with someone of the same sex, you will not be able to use adultery as grounds for divorce. You would, however, be able to cite unreasonable behaviour as grounds and therefore still be able to get a divorce without the extended waiting times required by other grounds.