Top 10 sexiest lawyers from the big and small screen 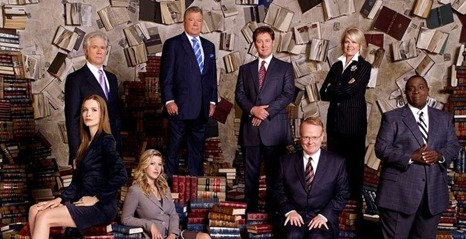 Professionals at solicitors like Beecham Peacock would probably tend to agree that lawyers are a good-looking lot, and if you look to the world of TV and film for guidance, you’d certainly believe that all solicitors were sexy men and women with a glamorous lifestyle and a murder case always on the go.

Here we’ve compiled a list of the top ten sexiest on-screen lawyers for your viewing pleasure. We couldn’t possibly put them in any particular order.

Phil Morris, Seinfeld
He might not look his best when playing attorney Jackie Chiles in Seinfeld, what with the big glasses and moustache, but Phil Morris is undeniably one of TV’s sexiest lawyers when you look beneath the make-up.

Calista Flockhart, Ally McBeal
Ally McBeal is a legal comedy-drama which focused on the work as well as the romantic life of its protagonist – a young Boston lawyer of the same name. She was played by American beauty Calista Flockhart, who has been married to Harrison Ford since 2010.

Josh Charles, The Good Wife
Will Gardner is a partner at Lockhart/Gardner, the central law firm in the American televisual legal and political drama The Good Wife. The character is portrayed by Josh Charles, who was voted seventh sexiest man alive by People readers in 2011.

Reese Witherspoon, Legally Blonde
Elle Woods wants to prove that glamour and law are compatible, so she struts into the courtroom with big blonde hair, a pink dress, killer heels and a face of make-up. The stunning Reese Witherspoon plays this sharp yet stylish sorority girl-turned-lawyer perfectly.

Ryan Gosling, Fracture
Willy Beachum is a hotshot prosecutor in this crime-mystery thriller, played by Hollywood heartthrob Ryan Gosling. The actor has become such a favourite among the ladies that you can download the Hey Girl Google Chrome extension, which changes all pictures on the web to ones of Gosling.

Raymond Burr, Perry Mason
The suave and talented Perry Mason, who moved to TV after being depicted in a series of novels written by Erle Stanley Gardner, was played by Raymond Burr. His distinguished looks – especially those big blue eyes – earned him a place on our list.

Catherine Bell, JAG
The Marine Corps put Lieutenant Colonel Sarah MacKenzie through law school in the television series JAG, which spanned an impressive ten series. The beautiful and talented Catherine Bell’s fantastic performance is sure to have played a role in its success.

Jeff Winger, Community
Ok, he was disbarred after his law firm found out his degree originated from Colombia the South American country as opposed to the prestigious Columbia University, but how could we not include Jeff Winger, played by Joel McHale?

The actor made this hilarious audition video for People’s sexiest men of 2011 list, where he was placed just behind fellow list-maker Josh Charles but ahead of tenth-place Ryan Gosling.