Law firms should use more videos and less text (apparently)

On their websites, that is. 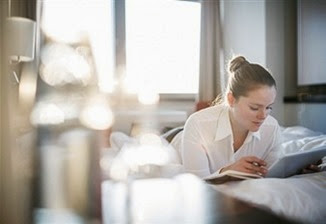 The country's top firms are ignoring the significant power of video to attract clients, a new report has suggested.

According to mmadigital, only 28 per cent of content is read on an average web page, compared to video which typically holds the attention of a viewer for two minutes.

Hmmm. Are potential clients really going to sit and watch a video on a law firm’s website and be swayed by that? That’s not a rhetorical question – I really don’t know. Maybe they are. But it seems a trifle strange to me.

Unsophisticated would-be clients will just use Google to find a law firm in their area (or a national centre churning out legal services factory style) and be principally concerned with obtaining the lowest price – ringing around if necessary. Medium sized businesses looking to instruct a firm may do a bit of their own research, but tend to be heavily swayed by past experience and the recommendations of others. Large, corporate clients aren’t going to choose to instruct a firm by looking at a firm’s website. Those kind of gigs are won through nepotism, networking and a lot of schmoozing (and sometimes a mixture of all three). So who is likely to choose a solicitor by watching videos on the web?

Firms with video on their websites are 50 times more likely to appear on the first page of Google.

Oh cripes. Time to get embedding those videos folks!

The end of the world will follow shortly after. 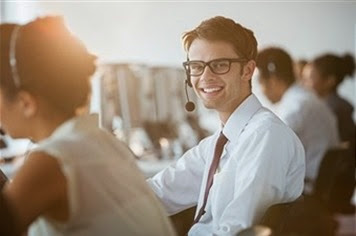 “CMS Cameron McKenna is getting rid of landlines in its London office.

Next year the firm's City staff are moving to new premises on Cannon Street, where they will use a mobile phone and a headset to connect to a Microsoft product called Lync, freeing themselves from the tyranny of wires.”

Ok - now I’ve got that customary knee-jerk reaction out of the way, I accept that this isn’t exactly ground-breaking news.  However, it does make me nervous about the encroachment of technology into the work-life balance of people generally, but particularly lawyers.

Granted - getting rid of a desk phone isn’t going to kill anyone.  I can’t imagine there are many lawyers who don’t currently have a work-issued mobile phone either.  But what scares me is that tying a person to a mobile phone might be just one step away from senior partners and clients daring to think that fee earners are on round-the-clock call for them personally.

Oh wait - they already think that, don’t they?

By the by, I’ve never really got on with phone headsets.  The nearest I got to embracing one was a short stint using a Bluetooth ear thing about three or four years ago.  I quickly abandoned it after a couple of days’ use.  I’m not sure which influenced that decision more: finding the thing hard to operate, or the fact it risked making me feel like a taxi driver!

Maybe what also alarms me about this story is that I hate the thought of lawyers sat at their desks with headsets on, clucking away like a warehouse full of battery hens. It’s bad enough when colleagues choose to pace about in the office talking on their mobile (apparently pacing helps some people to think).  I don’t like having to contend with any kind of phone at work, quite frankly, but having a deskphone with a receiver you can slam down occasionally works wonders for stress management.  Whipping your headset off and lobbing it at your nearest colleague the wall just isn’t the same thing.

As I see it, lawyers shouldn’t be relegated to legally trained call centre operatives - even in a world where clients are ‘users of legal services’ and solicitors are just an increasingly unpopular grade of fee earner.

Ditching the deskphone could be a slippery slope, folks.  And that scares me.