They’ve been interesting, haven’t they?

Thankfully, I wasn’t furloughed, unlike many of my colleagues, and work for me has stayed pretty buoyant throughout (apparently commercial deals are still being done, generating a need for contract negotiation and drafting — and us commercial contracts lawyers haven’t been (totally) replaced by AI just yet).

2020 was meant to be the year we finally moved house. We thought COVID had put paid to that, but when the property sector reopened with gusto in the early summer, we decided to give it a go. We’re glad we did: our house is sold (STC) and our offer to purchase has been accepted. We’re hoping to move pre-Christmas… provided the moving gods are still smiling on us.

So the summer was largely a blur of estate agent viewings and that sort of stuff. All pretty tedious — and it wasn’t helped by two of our neighbours also listing their houses within a fortnight of us going on the market. Bastards.

I worked from home even before COVID hit — save for two or three trips to the office per month — so there wasn’t a great deal of adjustment needed for me on that front. The daily firm-wide webcam calls have been a bit of a drag, but it’s been a small price to pay in exchange for avoiding all commuting.

I’ve also had no issues adjusting to wearing a face mask — provided I use my ‘ear saver’ (a rubber strap with notches onto which the mask’s ear loops can grip*). Fun fact: I’ve sensitive ears and I don’t like things pulling on them. One of my hobbies (nothing kinky) requires me to wear a respirator for lengthy periods of time, so popping on a surgical mask whenever I womble around Sainsbury’s isn’t much hardship.

* For the benefit of the uninitiated, this is the type of thing I'm talking about: 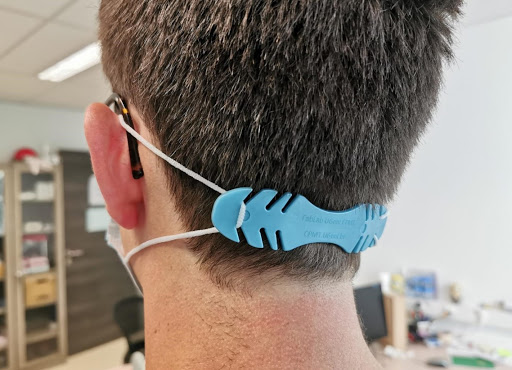 I suspect the next few weeks and months will be a continuing ball ache of conveyancing nonsense, mortgage applications and quotes for removals. Actually, we’re quite a way down some of those roads already — and I even had to dust off (electronically) my property law and practice materials from the LPC to remind myself of certain points in the conveyancing process.

The law firm we’ve instructed in connection with our sale and purchase are all right, but that’s about as much as I can say for them. I’m sure my numerous emails, letters and phone calls to them have been getting on their ‘thruppney bits’ (to quote Sharon and Tracy from Birds of a Feather that my wife and I are currently re-watching, episode by episode**). Having a client who’s both a lawyer and a bit of a control freak must be a bit trying. Still, I have to bear it as part of my day job, so why shouldn’t they?

** That’s the original nine series that ran from 1989 to 1998 on the BBC, not the subsequent ‘comeback’ drivel that aired on ITV more recently. 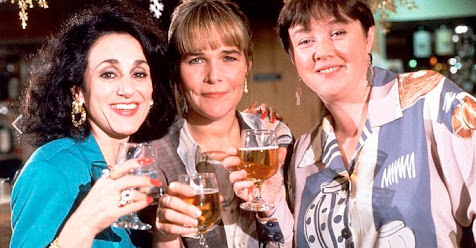