Naming storms. Why it gives me the fricking squits.

I wrote this post nearly a month ago in mid February 2016.  I’ve read it a couple of times since then as I’ve pondered whether or not to publish it.  Am I being too harsh, I wondered, or getting my knickers in a twist over something trivial.

In the end, I’ve decided, no – I need to say this stuff.  Someone needs to.

But I have toned the original language down considerably. 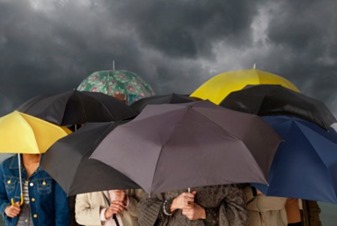 One of the latest things to get right on my proverbials is the ridiculous policy the Met Office have adopted of naming storms.

In their infinite stupidity, they say the pilot project (with their equally ridiculous Irish counterparts) has been launched for the following reason:

The naming of storms using a single authoritative system should aid the communication of approaching severe weather through media partners and other government agencies. In this way the public will be better placed to keep themselves, their property and businesses safe.

I say: what absolute bollocks.

Like most Brits, I’ve got a morbid fascination for the weather. My father’s a self-styled full-time weather-watcher and observationist (yep – just made that word up). It’s his favourite topic of conversation. Michael Fish would have looked like a part-time amateur compared to him. And he’s not the only one; Britain loves its weather forecasts like no other nation on earth. In short: we’ve all got our eye on this stuff.

Everyone with half a brain knows that stormy weather brings with it risks of property damage and injury. Mass media and the internet mean people get to hear about this stuff more easily and quickly than ever before. That’s what makes the public ‘better placed’ to help themselves. You really don’t need to give a gale of wind a fricking Christian name to somehow give it kudos. A storm is a storm. Giving it cute name is merely to fall into the same anthropocentric trap we always do: convincing ourselves that as the supposedly superior species, we’ve tamed nature and have really got this one covered. Only we haven’t. And we never will.

And as for protecting people, is it really going to help those who like nothing better than to head out into the eye of the storm with their cameras? You know, the types of people who like to go out photographing waves while standing smack bang in the danger zone. Who get washed out to sea, never to be seen again. Or who get their faces smashed in as waves crash over them and hurl them at high speed across the harbour.

Giving a storm a first name isn’t going to save such people from their own stupidity. So let’s not even try.

Instead, let’s stop with this patronising bullshit of naming storms. If nothing else, it’s another Americanism at a time when that’s really, REALLY the last thing we need.