Can the gender pay gap give rise to a claim? 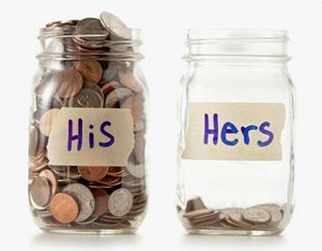 In July 2015 the Government launched an open consultation on the gender pay gap which currently sits at 19.1%. That means that for every £1 earned by a man, a woman will earn 81p.

Even though this is the lowest differential ever recorded it still demonstrates that the gender pay gap in the UK still needs addressing.

Ever since the Equal Pay Act was launched in 1976 it has been illegal for men and women to be paid differently for doing the same work; however this doesn’t mean that it doesn’t happen.

This then raises the important question which is, given that this legislation has been in place for almost 40 years to prevent this type of discrimination at work, if it is still happening what sort of claims process will be available to individuals falling foul of this discrimination?

The open consultation aims to task organisations with more than 250 employees to publish gender pay information. The CBI are pushing back on this stating that the current voluntary approach for companies to disclose this information is working well enough and that the numbers of women on corporate boards has actually increased.

This remains an area to be debated.

Ultimately the Government is looking for ideas that will encourage women to seek higher status careers, support older working women - where the pay gap is particularly high, and to comprehensively modernise the workplace. A move to more flexible working is being studied as a way of progressing women into higher profile jobs with more earning power and companies are to be encouraged to seek flexible working options when advertising for senior positions.

David Cameron has stated that he wants to eliminate the gender pay gap ‘in a generation’. Historically, UK businesses have been evasive in disclosing the pay gap between their male and female colleagues so it will be interesting to see how the open consultation develops and how this may affect employment law in the future.

Of course as it is illegal to pay people differently for the same role based on their gender, when this data becomes available it raises the prospect of potential legal claims against discriminatory employers. How many of them there are and whether these claims will be successful remains to be seen but inevitably there will be test cases.

The most likely scenario will lie with individuals who are no longer in employment with the business as people who choose to sue their employer whilst still in employment could face further discrimination at work. This scenario is probably the most common that will be encountered and raises a huge number of conflicts. Employers will be keen to avoid this scenario and employees will, in most cases, be unwilling to antagonise an employer who might then find there are reasons for letting that individual go.

The entire process is fraught with difficulties and the need to professional legal advice will be paramount if awkward situations like this are to be avoided.