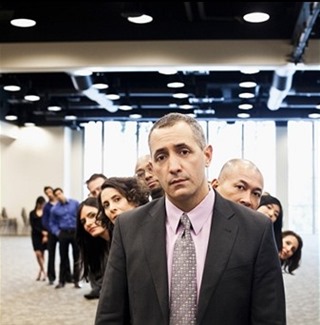 On 10 September 2015 the Ministry of Justice published the latest set of quarterly Employment Tribunal statistics for April to June 2015. This report laid out statistics for the Employment Tribunal for this period relating to the number of claims made, the number of claims that were successful, and the amount of compensation that was awarded for claims.

The number of claims made

The report stated that there has been a continued trend of decline in the number of claims (both individual and multiple) made in the Employment Tribunal between 2012/13 and 2014/15, as follows:

With regards to individual claims (claims made by one individual against one or more persons) the trend of claims has been more volatile:

Employment Tribunal fees were introduced on 29 July 2013 and the above statistics would seem to suggest that the introduction of fees has had a direct impact on the dramatic fall in the number of claims made, as potential claimants are deterred by the potential outlay (£250 to issue claims in ‘Type B’ claims and a further £950 hearing fee).

The number of claims that were successful

The amount of compensation awarded in successful claims

The above numbers do not include claims conciliated by ACAS or other forms of settlement, as the terms of such settlements are confidential to the parties.

Chris Hadrill, a specialist employment solicitor at Redmans, commented on the statistics: “These statistics clearly show that there has not only been a reduction in the total number of claims made but also a clear reduction in the number of successful claims made. It remains to be seen whether Employment Tribunal fees are having the intended effect of discouraging ‘unmeritorious’ claims or whether they are in fact discouraging claimants with otherwise-successful claims from pursuing justice.”

Previous reports can be found on the Government website here.

Redmans are litigators and employment solicitors in Chiswick

Can a Private Investigator be an aid to the legal process? 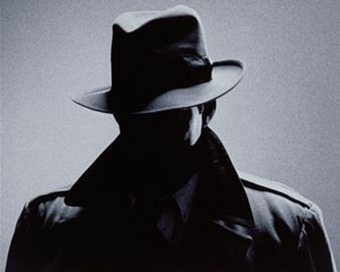 With the number of high profile court cases recently featuring journalists who used the services of Private Investigators you may be excused for thinking the investigators are a thoroughly disreputable lot. Case after case we heard the same story; the journalist had simply employed a detective to hack into people’s mobile phones and gather the gossip they needed for their stories.

Given the recent negative publicity it would therefore be natural to find some reticence on the part of the legal profession to use Private Investigators for fear of falling foul of the law themselves.

Of course this fear is unfounded and generations of solicitors have successfully used investigators to help them achieve the legal outcome they were looking for. We should be clear that the odd bad apple doesn’t spoil the bunch.

So what should you look for when choosing a Private Detective?

First you need to choose a reputable company. This may sound obvious but when you look at the proliferation of choice on the internet today you may be surprised to find that not all of these websites are completely legitimate. For example there is nothing stopping you or I setting up as an investigator tomorrow, creating a website and touting for business. So how do you sift through the acres of websites on offer?

Start by looking for a firm that are a member of a recognised professional body. Whilst there is no requirement for investigators to belong to these bodies (yet), members of the World Association of Private Investigators or The Association of British Investigators are bound by a code of conduct and are rigorously vetted before being allowed to join. Scrutiny by peers in this respect is a pretty good filter for many of those who would be miscreants.

Secondly, once you have found a firm that you think might fit your requirements you can always try mystery shopping. Try calling them and telling them that you just need to get your partners National Insurance number and a look at their bank accounts for your upcoming divorce proceedings and see what they say. Reputable firms will give you a flat ‘no’ as the only way of getting this information is through illegal sources. Rule out any who say yes.

Next check their website to see if they say that they do the sort of work that you want completing. If you need someone to investigate on behalf of a matrimonial client as part of divorce proceedings can you see that they do this work? Are they able to tell you about the sort of cases they have recently completed? If it is a commercial matter, how practiced are they at getting people into commercial situations to complete these investigations successfully?

Finally do your own due diligence and check their names online. Are people saying bad things about them when you type in the firms name and the word ‘review’ after it? Are the partners or directors part of trade bodies? Do they crop up as star witnesses in trials and can you find any of their writings online in reputable journals or newspapers?

To return to the original question, if you ask a detective they will tell you that they are an integral part of the legal process. The good ones however will be able to further assure you that when they come to be cross examined in the dock nothing in their data and evidence collection will undermine the case.

Choose wisely therefore and you will find the benefit they bring to your tricky and trying case far outweighs any cost of employing them.