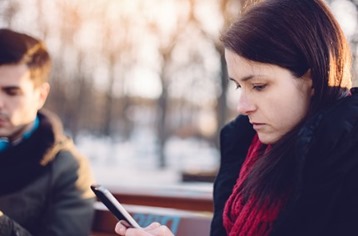 Manchester based Family Law solicitors Carter Law have noted a correlation between the use of social media and the incline of divorce rates.

In 2014, a study revealed that marriage happiness and quality shared a negative trend with the use of social media and spouses in 1 out of 7 marriages admitted to contemplating separation as a result of social media creating issues in the relationship.

How Is Social Media Causing Issues In Marriages?

Platforms such as Facebook and Twitter make affairs easily attainable. Ex partners, new colleagues, someone you met in a bar last year are all available to contact at the click of a button. The affairs can be solely digital too rather than physical, meaning communicating with a person who you find attractive online or via text and not informing your spouse. Platforms such as Facebook and Instagram also allow people to maintain contact with potential back-up plans if their relationship was to end, making it a lot easier to move on from their spouse.

Social media is also making catching partners out a lot easier. Partners can log in to their spouses Facebook account and uncover affairs in different ways from exchanging of messages, tagged photographs or location check-ins. A separate study revealed a shocking 58% of people admitted secretly knowing their spouses password, and accessing their accounts without their knowledge.

Facebragging is also adding to the increased rate of divorces. This is when people use platforms such as Instagram, Facebook, Snapchat and Twitter to brag about how ‘perfect their life is’, resulting in other couples comparing their marital life to an ‘ideal’ illusion enforcing envy and thoughts questioning their marriage. Some couples even force each other to outdo their facebragging friends and can run up debts to fund luxurious holidays in competition of other married couples.

In conclusion, the higher the use of social media, the further issues in a marriage. When was the last time you were with your spouse and you didn’t check your phone?