And you thought lawyers were weird…

Or at least spoke in an anachronistic manner.

Personally, I think the police are worse, what with their painfully guarded style of thinking and speaking and sometimes bizarrely formal vocab and phrases. I’m sure we’ve all seen news interviews with investigating officers which border on farcical for the terminology they insist on using.

No doubt that ‘police speak’ is a required element of the curriculum at Hendon for all would-be police officers. 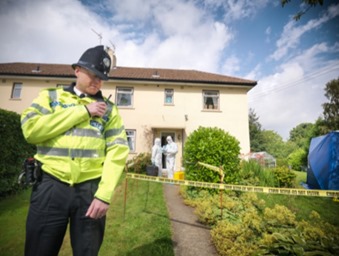 [In 1932] the Solicitors’ Journal, complaining about ‘police speak’, noted that: a scratch was ‘an abrasion’; a bruise, ‘a contusion’; ‘assistance was procured’; and a policeman never missed an opportunity of ‘using a word with a Latin root’.

[A ] Justice of the Peace complained that a policeman never found people quarrelling, there was always an ‘altercation’. He never ‘asked’ but ‘requested’.

A parson, even wearing his dog collar, was only ‘a gentleman of clerical appearance’.

A young constable reported to his sergeant that a man was dead, only to be told: ‘A person is never dead until certified by a doctor. He is “apparently lifeless”.

Lawyers are expected to use plain English in their work – and particularly when communicating with clients. I wonder when the police will finally give in and drop their awkward formality when choosing words and phrases.

Some in the legal profession seemed determined to hang on to their anachronistic vocab for as long as they can.

I’ve blogged before now about a corker of an email I received a few years ago from a legal executive:

I refer to our previous correspondence in this matter and look forward to hearing from you thereon.