If only I could find my training shoes 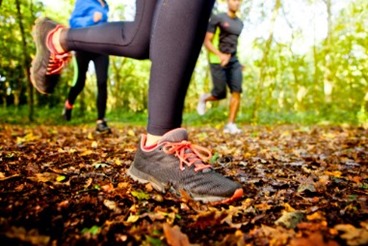 I’m not a runner. I can’t think of anything worse than deliberately choosing to go out to pound down a pavement in my running gear, crippled with a stitch, sweaty of groin, moist of brow, with that hot coppery sensation of burning lungs struggling against cold air. (Ah – the memories of P.E. at school. What a joy it is to have escaped that misery.)

However, I don’t live a million miles away from where this Parkrun malarkey has been taking place. I’m astounded at the extent to which the public seem to have got their knickers (or should that be leotard?) in a twist over this.

What I’ve really struggled with is why the public has reacted in the way they have. The parish council never said to Parkrun, or its members, that they couldn’t run in the park. They simply said, you can either pay a nominal fee for running together as a group – to cover hogging the changing facilities, showers etc. – or you’ll have to run in the park as individuals.

Personally, as a pedestrian who chooses to use my legs and feet as God intended, i.e. by walking, I’m not a huge fan of being swarmed by a large group of red-faced and sweaty individuals as I walk down the pavement or through a park. Single runners or those in twos (or even threes) are much less intimidating.

I’m all for encouraging society to get (or keep) fit and if huffing and puffing round a park is your thing, so be it. But if you want to do it in a huge group at the same time, and that group hogs the facilities paid for by parish council funds, don’t get all high and mighty about the prospect of being asked to pay a nominal fee.

As Dan Jones neatly summarised in the London Evening Standard:

[…] Parkrun […] encourages people to do something which, if had they any gumption, they could do for themselves: put one foot before the other and don’t stop until you feel quite ill.

[B]ecause we live in an age of communal bleating and acquired victimhood, [the prospect of Parkrun being charged] has caused an outbreak of toga-tearing and hiccupping grief across the country, oxygenated by that symposium of the feeble-minded which we collectively call social media.

[T]he childish over-reaction in this instance masks a basic unwillingness on the part of adults to act proportionately or independently. Run for a fee in the park, or run for free elsewhere. It isn’t a big deal.