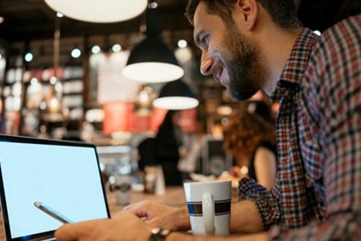 Believe it or not – and I, for one, certainly don’t believe it – legal blogging is experiencing a resurgence.

A resurgence?  In legal blogs?  Really?

Where’s this taking place, then? ‘Cause it’s certainly not on the web.

Still, Nick Holmes pretty much nails what I think is largely behind the downfall of legal blogging (or blawging as it was once known):

What has changed fundamentally is the nature of the ensuing conversation which formerly took place in the comments sections on blogs. Whilst popular sites, such as national news sites, garner sometimes thousands of (generally [edit – invariably] tedious) comments, most niche blogs receive very few (though better value) comments. The conversation these days has been sucked out of blogs and takes place mainly on Twitter and other social media, so the profile of your blog does depend a lot on your social media “reach”, but that’s another story.

And, as painful as it might be to hear, he (quite rightly) picks up on the fact the commercialisation of blogging amounted to another nail in its coffin.

Unfortunately, but inevitably, the proven success of blogging led to its widespread adoption and ultimately attracted the marketing people! Hence the personality-free corporate blogs and blogs set up purely for marketing purposes that we see all around us, as well as well-intentioned but low value, pedestrian blogs, none of which can be considered worthwhile literary works. In this climate, the good blogs have had to fight harder to be noticed.

I stopped pining for the ‘good old days of blogging’ long ago. That ship has long since sailed. I get it.

I supposed I should consider myself one of the lucky ones as at least I was there for the ride.