Digg Reader to launch next week. A heaven-sent gift to bloggers? 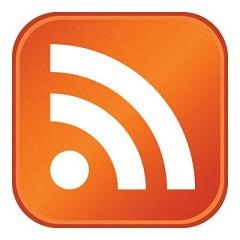 The Google Reader RSS aggregator service shuts down on 1 July, leaving many of its users scrambling to choose and migrate to a suitable replacement. One of the candidates, Digg Reader, is now confirmed to launch next week.

Make that the only potentially viable replacement, subject to the world, you know, actually seeing it.

It's the work of a five-person team within Digg, which is enjoying its second lease of life as part of startup incubator Betaworks, which acquired the social news website in July 2012.

Digg announced plans to build a Google Reader replacement in March 2013, promising to rebuild that service's best features "but also advance them to fit the Internet of 2013". It proceeded to survey more than 18,000 people on their wishlists for the new product.

Three months later, version one of the Digg Reader has a launch date – 26 June – and the promise that it will be fast, simple and focused on the keenest users of Google Reader as they look for a new home.

Like everyone who relies heavily on Google Reader, I was dismayed when Google announced earlier this year it would be retiring its RSS aggregator.

As a blogger, I use Google Reader extensively to keep track of the posts of other bloggers out there and it’s been invaluable in allowing me to monitor developments in the blawgoshere. Rather than having to check a long list of blogs for new posts, any blog featuring a new post is flagged up automatically in my Google Reader list. It’s been an absolute Godsend.

But over the past couple of years, I’ve found myself using it increasingly for work purposes, too, keeping up with legal content, industry developments, Ofcom’s latest consultations and so on.

I’ve tried other RSS aggregators, but like so many others, Google’s no-nonsense utilitarian style suited me perfectly. The rest (up until now at least) don’t even come close.

And I’ve only got about 10 days left to enjoy Google Reader before the lights go out permanently.

So I’m praying Digg’s new offering is up to scratch from the get-go. I have relatively simple needs from an RSS reader but I really hope Digg Reader is able to fill the void that’s going to be left by Google exiting the market.

I’m itching to give it a go next week when it goes live.