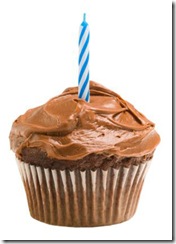 Although it’s difficult to believe, today marks Law Actually’s second birthday. Time certainly goes quickly and in those two years, this blog has seen in excess of a two hundred posts.

It’s interesting to look back at the nascent stages of Law Actually; on 19th February 2007 and in my first post, my uncertainty as to the wisdom of setting up a second blog was clear:

“I’ve bravely decided to start a new blog, the principal reason being that my original [blog – F1 Central] was becoming just too much of a dumping-ground for the multitude of issues (besides F1) that I started to cover.”

Before that I had been blogging over at F1 Central which has withered and died completely in the last 12 months or so.

In that initial post on Law Actually, I also highlighted my tendency to veer off at tangents:

“...I’ll still diverge and digress at most given opportunities (on both blogs) but at least this way, there will be a fundamental divide between F1 and Law(ish) related-thingies.”

Obviously, some things don’t change.  But still, Law Actually wouldn’t be the same without my off-piste entries, would it?