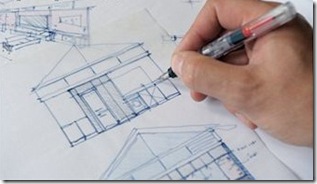 A man who admitted deceiving a council by building on green belt land in Hertfordshire a ‘barn’ containing a three-bedroom house and a gym, has won his battle for planning permission at the Court of Appeal.

Lord Justice Mummery said that decent law-abiding citizens would find the unanimous ruling “incomprehensible” but, on the basis of legal arguments, Alan Beesley’s appeal had to be allowed.

Mummery LJ said it was a “surprising outcome” that “a public authority, deceived into granting planning permission by a dishonest planning application, can be required by law to issue an official certificate to the culprit consolidating the fruits of the fraud”.

He went on: “If a public authority behaved in a deceitful way, its planning decisions would rightly be set aside by the court as an unlawful abuse of power.

“If, however, the public authority has been deceived it seems that it can be required, at the end of the requisite four-year period, to provide the person who deceived it with a certificate of lawfulness.”

Giving judgment in Welwyn Hatfield Council v Secretary of State for Communities and Local Government and Beesley [2010] EWCA Civ 26, Mummery LJ said Beesley told the council he proposed to build a new hay barn on the land, that no change of use was required and provision for sewage disposal was not needed.

This sounds remarkably like the story I blogged about 2 years ago in which a chap came up with a rather fanciful  method of circumventing planning laws – he hid a castle for which he’d not obtained planning permission behind a massive wall of hay bales for 4 years and then tried to claim there had been no objection to the building for the requisite period.  There, in the interests of justice, the presiding judge adopted a liberal view of the process of dismantling the hay bales to the effect that it constituted part of the ‘building process’ meaning the 4 year period had not elapsed.

Here, however, the court was not so creative in their reasoning:

Lord Justice Richards, who gave the leading judgment, said the court should not adopt a “strained construction” of section 171B of the Town and Country Planning Act 1990 in reaction to the “deliberate deceit” practised by Mr Beesley.

“The outcome should be the same as if, for example, there had been a genuine change of mind in the course of construction of a building for which planning permission had been obtained in good faith.

“The question is whether the situation, viewed objectively, is one for which the statute has provided a four-year time limit or a ten-year time limit. If it is considered that there should be a different outcome in a case of dishonesty or deliberate concealment, it is for Parliament to amend the legislation accordingly.”

This presupposes, of course, that that the Act, when drafted, was intended to wave through instances of dishonesty or deliberate concealment quite happily.  I’m not sure how much I like that logic.

You probably won’t find a better example of judicial conservatism for quite some time.  To my mind, it’s simply a case of the literal rule being chosen in favour of the golden or mischief rules – both of which would surely have allowed for a more equitable outcome.

I’m sure the late Denning LJ would have had a field day with this one!!