How to improve your grades at law school 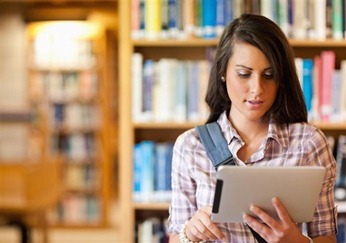 No, getting an iPad won’t help you.

I received the following email from a stressed (and struggling) law student a couple of weeks ago.

I am a second year Law LLB student. Actually, I have been very worried with my progress at university. In my first year I got very poor marks- I got 2 3rds and 1 2:2. This year I got my semester 1 marked assignments: Tort 52%; Civil Litigation 52%; Evidence Law 42% and Land 41 %. These marks are very worrying for me. I want to achieve at least a 2:1 Law degree. Will I be able to achieve a 2:1 with these poor marks? What do I do to get a 2:1?

The remarks for my essay are that I am too descriptive though I have a good knowledge of the question asked and I give some good cases. What should I do not to be descriptive? Could you give me an example about this, please.

I would be much grateful if you could advise me on this matter.

You shouldn't be too downcast over your grades at this stage; there is still time to do something about it and a 2:1 is not out of reach.  Clearly, though, your grades need to improve considerably for you to attain that.

I think the feedback you have received from your lecturers has already told you where you are going wrong; you are being too descriptive and not providing enough analysis of the law.

Simply stating what the law is is relatively simple and will not allow you to achieve the higher grades you're aiming for.

What you usually need to do in an essay type question is to critically analyse the law and set out suggestions for improvement.  Think about shortcomings in the way legislation has been drafted or problems resulting from how the common law has developed.  How could the law be improved?  Conversely, consider what could be argued in favour of leaving the law as it is or allowing it to develop via the common law rather than enacting new legislation.

Of course, it's essential you tailor your answer to the question being asked.  Consider the precise wording of the question very carefully.  It sounds obvious, but it's surprising how many students don't read the question carefully enough.

When answering problem questions, you should be extremely careful to apply the law to the facts you are given and not just state what the law is.  The higher marks here are for effective application of the law, and not mere description.

Don't be tempted to needlessly mention as many cases as you can recall in any given area of law; you should limit them to only those which are relevant to the facts at hand.  Equally, don't get bogged down describing the facts of the case.  It is the legal principle it established or its value as a precedent which is important, rather than the circumstances of the case.

The scariest thing is that the student came back with a second (and arguably more worrying question).  I might share that at some point, too.