Movies and TV shows for the newly single mum 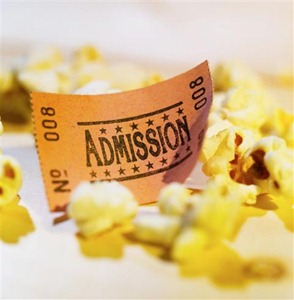 Being a single mum can be challenging, but it most certainly can be rewarding. While newspapers and television shows always seem to take a negative spin on single mothers, in reality you will have a closer bond with your child – and plus, who needs a man all the time anyway?

Single motherhood can be an occasion to rise to, and there is no better way to step up to the challenge than to watch some movies that just make you feel good. Whether you’re laughing with Lorelai and Rory or nodding in agreement with Miranda from Sex and the City, these movies and TV shows will make you feel strong, empowered, and ready to conquer the world with a little one in your life.

Dubbed as the ‘Godfather of single mother movies’, Erin Brockovich is one that you must, must, must add to your movies list. Based on a true story, this film tells the tale of Erin, an unemployed single mother who is desperately seeking a job. When she finally gets a job as a legal assistant, she begins exploring a case that eventually brings down a Californian power company. Packed with the perfect mix of laughter and heartwarming moments, this is a movie that will inspire and motivate you to follow your instincts, no matter what situation you are in.

Sex and the City (TV series)

If you haven’t watched at least one episode of Sex and the City, you have probably been living under a rock for the past two decades. Carrie, Samantha, Charlotte, and Miranda are four single girls living in New York City, looking for sex, love, and self-empowerment.

With four distinct personalities, the girls find themselves in a variety of funny, sexy, moving, and just-plain-weird situations. Renowned for its ability to connect with women and for being frank about matters that were still swept under the rug in the ‘90s, Sex and the City will be a TV show that you can watch with popcorn as you dream of creative ways to talk to the hottie next door. Plus, you can gather all your girlfriends and talk about which character you’re most similar to. Are you a Miranda who works on legal separation cases at a law firm like Watts McCray Family Lawyers, or are you a budding journalist like Carrie Bradshaw?

The name of this film is a pretty good summary of what happens in the movie: a woman and her daughter move to a French village and open a chocolate shop, only to shake up the morality of the community. With beautiful cinematography and a dazzling soundtrack, this movie is perfect to watch with your girlfriends and some hot chocolate.

And if you’re still not convinced, then there is only one name left to say that will win you over: Johnny Depp.

One of the most beloved television shows of the new millennium, Gilmore Girls is part drama, part comedy, and all fun. Lorelai is a single mother living with her daughter, Rory, in Stars Hollow, Connecticut. Over 7 seasons, the show looks at the ups and downs of being in a single-parent family and the pursuit of romance when you’re a teen and a single mother. Watch this one with your little one, and you’ll be sure to feel excited about the future that the two of you will embark together.

“Schoolbag in hand, she leaves home in the early morning, waving goodbye with an absent-minded smile…”

So goes the lyrics of Abba’s Slipping Through My Fingers, a classic song about the pains of letting go as a parent. This quintessential musical is all about a single mother whose daughter, Sophie, who is looking for her father while planning her own wedding. Filled with upbeat tunes and a message about the importance of family, Mamma Mia! will have you and your bub dancing around in the living room before you know it.

Author bio: Abby Jenkins is a writer who is a big fan of Sex and the City. She also loves Mamma Mia! – so much so that she owns the sing-a-long edition.