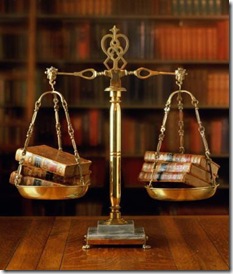 September seems be slipping by with frightening speed and, as we approach the latter stages of the month, it can only mean one thing: it’s LLM time.

Yes, faithful blog-watchers, the Michael will soon be back doing some ‘law stuff’ after a varied and at times, strained summer. I think I’ve divulged on Law Actually before that my LLM is based on commercial content, God help me. No, seriously: I know what I’m doing. Some of my modules are perhaps a touch questionable, though: banking law? Seriously? Anyone? I’m hoping that one isn’t going to come back to bite me.

For the most part I’m excited at the prospect of the LLM - much more so than I was this time last year about the LPC. For the next week, I’m going to be enjoying a little down-time before things start in earnest. Coupled with the course, I’m hoping to work a little part time as well, just to help grease the wheels from the financial standpoint. And believe me; those wheels could use some greasin’.

I’ve also not forgotten about my 'open-source law student' experiment which I mentioned earlier in the summer. I’ve done a few more preliminary tests with Ubuntu (Hardy Heron) but noted with excitement that Intrepid Ibex is already at the Alpha 4 milestone, with the final version planned for release at the end of October. Yeah, you’re right: I really should get out more!

Anyway, I think I’ve learnt enough from my summer experiments with Ubuntu that I’m going to find the transition a struggle – at least the way I’m going to be doing it. For the record, Ubuntu is very user-friendly, powerful and full-featured. But using simply open source or free alternatives from commercial vendors is going to be tough, particularly as I’m used to relying heavily of the best-of-breed commercial heavyweight solutions. Oh well – it’ll be interesting if nothing else.